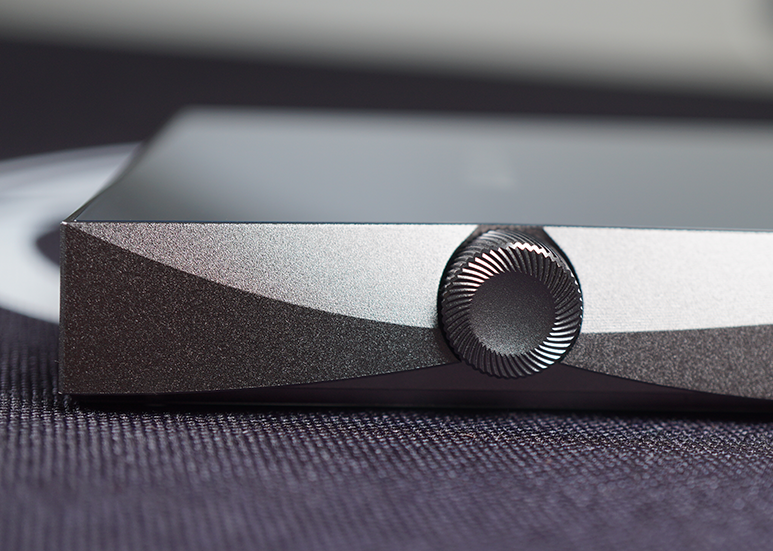 It all started in 2017, 9th of June to be exact. When Porta-Fi attended the A&ultima Product Launch at Suntec Singapore Convention & Exhibition Centre. The event marked the introduction of a new product segmentation by Astell&Kern, however, apart from the A&ultima line which was inaugurated with the launch of the SP1000, details on the other two lines were blanks as they were on Alex An’s Powerpoint slide. A year later, Astell&Kern filled in the blanks and completed their new product segmentation process with the launch two new player lines at the High-End Show 2018 in Munich, Germany – which Porta-Fi covered on the 10th of May 2018.

Shortly after, Astell&Kern officially unveiled the A&futura and A&norma lines in Singapore during a launch event at Smoke & Mirrors on the 5th of June 2018. The A&futura SE100 is the debuting model of Astell&Kern’s new A&futura line. Positioned between the state-of-the-art A&ultima and the entry-level A&norma, A&futura represents a premium line with advanced features that bring the original performance to life, shared by Sales Manager Eddy Park, during his presentation.

Astell&Kern have always intrigued me with their excellence in industrial design, in fact with the A&futura SE100, I think the company has outdone itself with one of the most beautiful DAP in the market today. Measuring in at 75.8 mm (W) x 132.7 mm (H) x 15.3 mm (D), the A&futura SE100 weights in at just 241g, which is about 36.6% lighter than the A&ultima SP1000 despite similar dimensions. The DAP exhibits what some would call flame design. An aesthetic design which features a combination of soft concave shapes with sharp edges, featuring the volume knob on the right side, positioned at the end of the side curves, which allows for easy operation from the front and back of the device. The power button is found on the right at the top of the DAP with the 3.5mm single-ended jack and 2.5mm balanced jack on the left. On the left side, you will find three buttons for playback functionalities. At the bottom, you will find a USB Type-C port for charging and data transfer as well as the microSD card slot. The A&futura also features a 5″ (720 x 1,280) LCD touchscreen and a glass backplate depicting the company’s “A” logo in an unique diamond pattern. 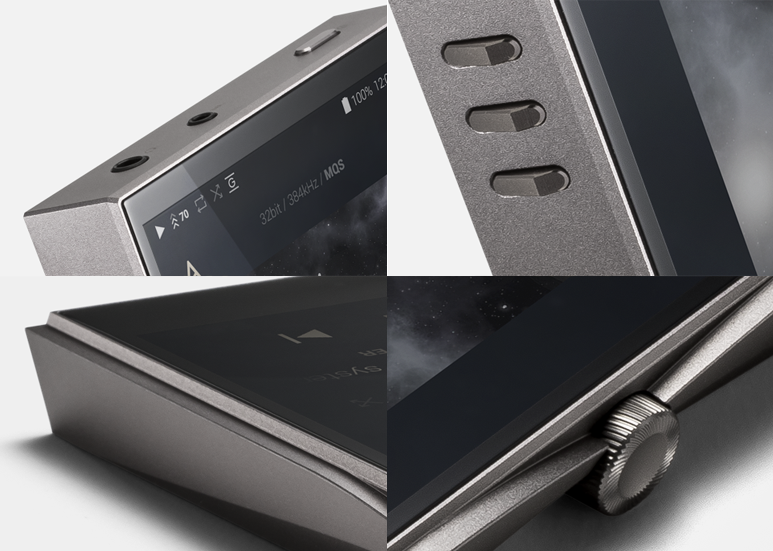 As is always the case with products from Astell&Kern, the build and finish of the A&futura SE100 is magnificent. Machined from a single block of aluminium and finished in Titan Silver colour, the A&futura SE100 exudes quality and is a player that feels as solid as it looks.

Included in the box together with the DAP are 2 sets of screen protectors for both front and back, a USB Type-A to USB Type-C cable as well as a dummy microSD card in the microSD card slot of the player.