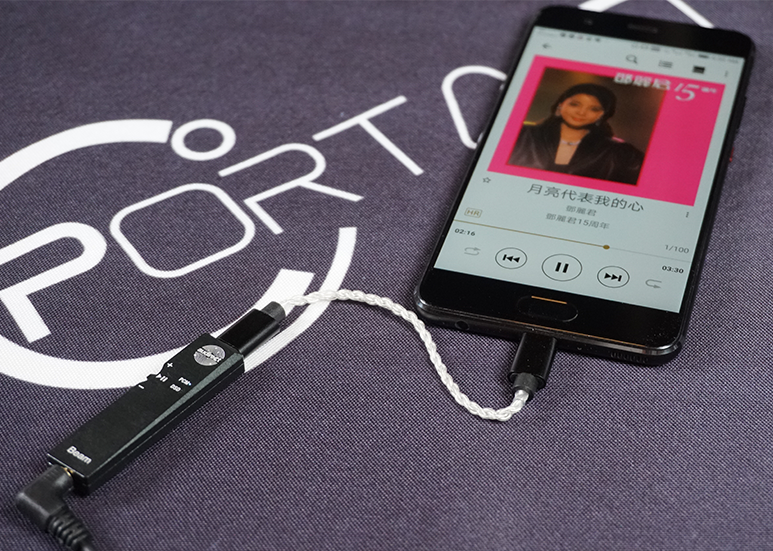 Having reviewed the Audirect’s Whistle earlier in the year, the company is not an unfamiliar name to the readers of Porta-Fi. Based in Shenzhen, China, the Chinese company has been engaging in AV & HiFi product development and have spent the last 5 years developing products involving Digital-to-Analog Converter (DAC).

In the final instalment of a three-part review series on entry-level portable DAC/Amplifier (DAC/Amp), the product reviewed is the Audirect Beam, the company’s third-generation DAC/Amp offering after the uPod and the Whistle. For those of you who missed the two parts of the series, where we reviewed the FiiO Q1 Mark 2 and the Cozoy TAKT, you can access them by clicking on the respective links. Unlike the FiiO Q1 Mark 2 and the Cozoy TAKT, the Audirect Beam is not MFi certified as Audirect opt to use a third-party module in place of Apple’s LAM (Lightning Adaptor Module) which deviates it from the MFi design requirements. For connectivity, the Beam sports a USB-C port allowing the DAC/Amp to be used with iOS and Android devices as well as PC.

The Audirect Beam weighs in at 12g with dimensions measuring 52mm (L) x 14mm (W) x 6mm (H). Encased in an Aluminium CNC chassis, it is possibly the smallest DAC/Amp you can find in the market today.

The Beam features a 3.5mm single-ended output as well as a multi-functional volume rocker which also acts as a push-button for play/pause function. Beam also supports earphones with line-control remote functions. 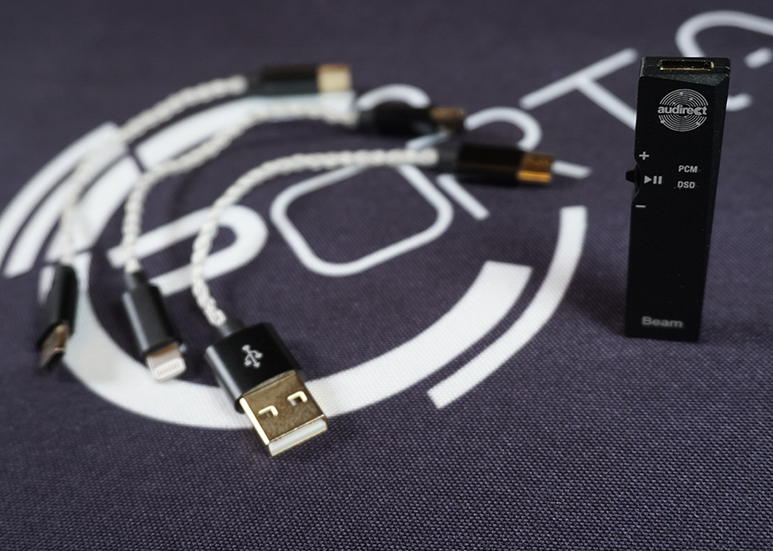 When designing the Beam, Audirect implemented the ES9118 SABRE HiFi System-On-Chip (SoC) from ESS, a 32-bit, 2-channel audio digital-to-analogue converter (DAC) integrated with amplifier and output switch designed for audiophile-grade applications as well as three crystal oscillators which includes two extremely low jitter for internal clock base rates range of 44.1 kHz and 48 kHz and one for the embedded system.

With the ES9118, the Beam has the ability to decode audio formats of up to 384 kHz/32-bit resolution PCM, as well as native DSD decoding of up to DSD128 which the DAC/Amp is able to deliver using a third-party module in place of Apple’s LAM.

Audirect’s decision to use the third party module allowed the company to deliver a hi-res audio product, it is not without compatibility issues; the most irritating one is the one relating to system notifications which totally disrupts one’s enjoyment of music, it can, however, be mitigated by enabling the silent switch which sets audio notifications off.

Similar to the TAKT, the Beam does not feature a built-in battery and draws its power directly from the source device. During the review process, it is observed that the Beam also tends to draw more power than Apple’s Lightning to 3.5mm headphone jack adapter, especially when playing DSD files, however not significant enough to cause concern to the battery life of the source device.

When designing the Beam to succeed the Whistle, improving the sound quality was a key priority. However, as the Beam will be a product which draws its power directly from the source device, the choice of DACs then becomes limited as energy-efficiency then becomes a key consideration. The company eventually decided on the ESS ES9118 and increased the crystal oscillators to three, where two are extremely low jitter for internal clock base rates range of 44.1 kHz and 48 kHz and one for the embedded system. 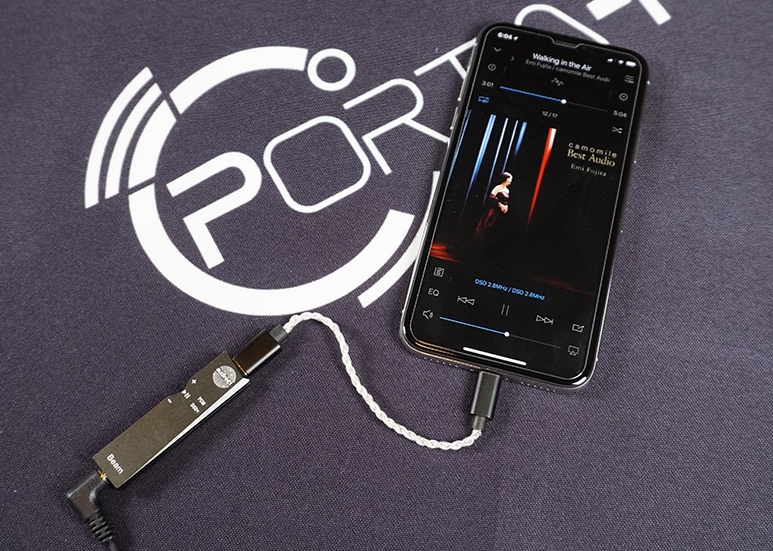 The result? The Beam is probably the best sounding DAC/Amp in its class by which I am referring to DAC/Amps which does not feature a built-in battery and draws its power from the source device. Similar to the Q1 Mark 2, it is not the best nor is it a reference level DAC/Amp. However, the Beam is extremely musical with a flat and slightly bright sound signature which is coherent and well balanced across the frequency range.

The low-end is full-bodied with reasonable sub-bass extensions; it is dynamic and punchy with tightness and linearity, however, I would have liked more depth and decay but understand this is one of the limitations of an energy efficient DAC.

The midrange is where the Beam shines; it is forward and moderately lush with sufficient background details that put it on par with many mid-tier DAC/Amps. Coupled with transparency and outstanding sound separation and imaging, the vocals were able to come through naturally in an enjoyable manner.

Similar to the Q1 Mark 2 and TAKT, the treble is not lacking quantitatively but lacking qualitatively especially in the area of treble extensions although there is the presence of a bit of sparkle but not enough to bring up the quality of the treble.

Review Ratings
8.8 / 10 Reviewer
{{ reviewsOverall }} / 10 Users (0 votes)
Pros
- High-resolution decoding which includes native DSD
- Good sound quality
- Good value for money
Cons
- iOS issues due to third-party module
Summary
Audirect has achieved what it set out to do when it started designing the Beam, the Beam is probably the best sounding DAC/Amp in its class and has improved its usability with the inclusion of a multi-functional volume rocker as well as support for earphones with line-control remote functions.

The Beam is a competent direct replacement for the Lightning to 3.5mm or the USB-C to 3.5mm stock headphone jack adapter that comes with the “jack-less” smartphones. Its ability to playback high-resolution audio files including native DSD with good sound quality adds value to a relatively inexpensive solution for individuals seeking a better audio experience out of their smartphone or PC.
Sound Quality8.5
Features and Functionalities9
Build8
Value for Money9.5

This review unit is provided by Audirect.