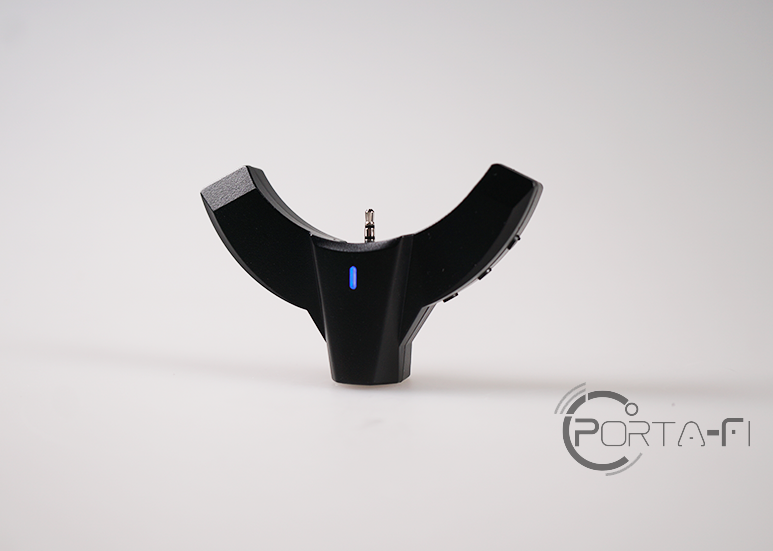 Announced in 2014 NAMM Show, the Audio Technica ATH-M50x succeeds the ATH-M50. Competitively priced, lightweight coupled with the comfort level it offers for prolonged use, the ATH-M50 has been a well-received studio workhouse since its introduction in 2007. Sold as professional, studio monitoring headphones, the ATH-M50 and ATH-M50x have become such a hit with consumers that more than 1.8 million pairs have been sold worldwide.

The ATH-M50x from a visual point of view is almost indistinguishable from its predecessor with the exception that the fixed cable is now removable, attached by a 2.5mm jack. In the area of sound, the company has also made an effort to keep the changes very subtle, users of the ATH-M50 will find the ATH-M50x familiar with any detectable differences attributable to the updated earpad designs. In 2018, Audio Technica introduced the ATH-M50xBT. Equipped with Bluetooth 5.0 as well as support for aptX, SBC and AAC codecs, the ATH-M50xBT is rated to last 40 hours on a full charge as well as well as new touch controls on the left ear cup which supports both Siri and Google Assistant.

In the same year, FiiO, a respectable manufacturer who been investing in Research & Development (R&D) since its establishment in 2007, leveraged on the experience and expertise accumulated from the development of BTR series by the Bluetooth development division to create the BTA10.

The FiiO BTA10 Bluetooth Adapter and Amplifier is the first product of the BTA series by the company’s Bluetooth development division. The BTA10 is an accessory which allows the headphones to be wirelessly enabled via Bluetooth.

Designed especially for Audio Technica’s ATH-M50x, the FiiO BTA10 Bluetooth Adapter and Amplifier feature a design that closely matches the curves of the headphones seamlessly attaching itself via the 2.5mm jack introduced on the ATH-M50x for detachable cables which replaced the fixed cable design found on its predecessor. As such, the BTA10 will not be compatible with the ATH-M50. 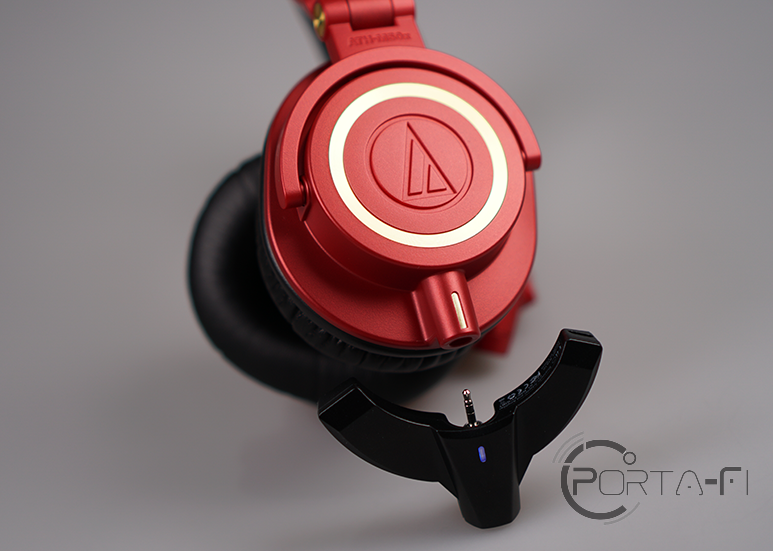 Sporting a plastic housing, the BTA10 weighs in at just 18.5g with dimensions measuring 85mm (W) x 50mm (H) x 20.1mm (D). Available in black, the Bluetooth adapter features a dual-colour LED for device status indication (on, off, pairing mode, low power) as well as a set of 3-button inline controls (volume up, power on/power off/pairing/play music/pause music/answer call/reject call/, volume down). Similar to the ATH-M50xBT, the BTA10 features a Micro USB port which acts solely as a charging port, the 130mAh built-in battery is documented to provide a battery life of 8 hours and takes less than 2 hours to reach a full charge. During the course of the review, I was able to achieve an average battery life of 9 hrs and 23 mins over 8 charges which is impressive. 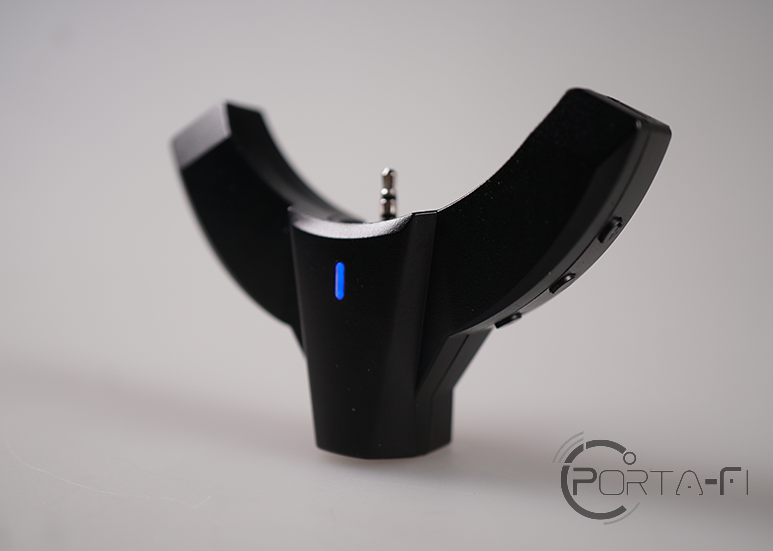 Built into the BTA10 is a high-quality microphone coupled with Qualcomm’s cVc™ Noise Cancellation Technology which brings advanced audio enhancements and noise suppression to the near and far end, allowing one to make phone calls via Bluetooth and remain audible even in chaotic situations.

The device is solidly built, and have so far not looked out of place with the different colour variants of ATH-M50x that it has been attached to. In fact, on the black, the BTA10 looks like it is a part of the ATH-M50x rather than an accessory.

Included in the box alongside the Bluetooth Adapter is a Type-A USB to Micro USB cable.