The device was launched during the FiiO Autumn Launch Event on the 4th of November in 2017, 918 days or 2 years, 6 months, 3 days since its conceptualisation. This event was particularly meaningful for Porta-Fi as this was the first time, we were covering a launch event in China since our founding on the 1st of September 2017.

For Q5 to be the company’s Flagship Portable DAC/Amplifier, it has to be comprehensive and this was when things got a little obscure as there was no parallel offering in the market. At the point of conceptualisation, the Digital Audio Players (DAPs) offered by FiiO was only capable of decoding up to 24-bit/192 kHz. FiiO wanted Q5 to be its first dual offering, capable of decoding up to 32-bit/384 kHz, the ability to support the interchangeable Amplifier Modules first introduced on the FiiO X7 as well as supporting multiple inputs which included coaxial, optical, line-in and Bluetooth.

FiiO eventually went public on the project on the 21st of June 2015 and feedbacks from the online community contributed to the realignment of the project which added MFi and mobile device compatibility as one of the key functionalities as well as an added emphasis on interchangeable Amplifier Modules and Bluetooth. 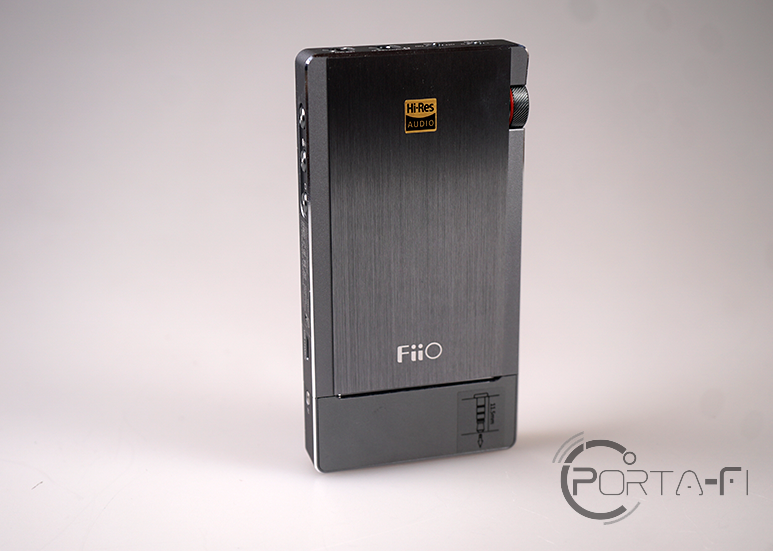 Encased in an all-aluminium sandblasted titanium colour finished chassis which was CNC’d from a single piece of aluminium alloy, the FiiO Q5 weighs in at just 195g with dimensions measuring 124mm (L) x 64mm (W) x 16mm (H). The brushed-metal finish on the front panel adds subtle aesthetics to the premium finish and build quality.

Well-sized for one-hand usage, the Q5 sports a piece of polyurethane leather at the rear of the device, this provides a nice contact and grip when held in one’s hands, insulation for the Bluetooth antenna as well as protection from scratches from stacking usage or when placed on a table top. 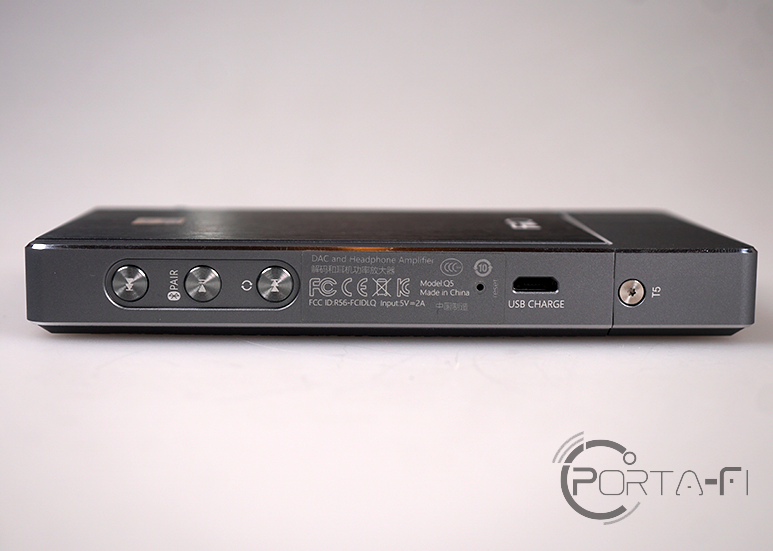 At the left side of the device, one would find a 3-button multi-functional playback control (previous track, play/pause and forward track) for use when in Bluetooth mode. When not in Bluetooth mode, The forward track button toggles between coaxial, optical, and line-in input. The play/pause button also switches Bluetooth mode on or off as well as enabling Bluetooth pairing mode on long press. At the bottom left, one would find one of the two Micro USB port on the Q5, the other one being at the bottom on the Amplifier Module.  Designed solely for charging the Q5, the configuration ensures cleaner power to avoid degeneration of sound quality as well as preventing the draining of the battery in scenarios where insufficient power is provided by the USB port transmitting digital audio signals. Moving on to the upper right side of the Q5, one would find two gently sloping “ramps”, ergonomically designed to guide one’s fingers to the volume knob. The angled notches coupled with a red ring around the subtly protruding knob and the power button below it adds an element of style to the overall look. The power button also has an LED at the centre to indicate the on/off state of the device. A DSD indicator light which will light up in green when DSD audio is transmitted to the Q5 in USB-DAC mode is located below the power button to complete the line-up on the right. 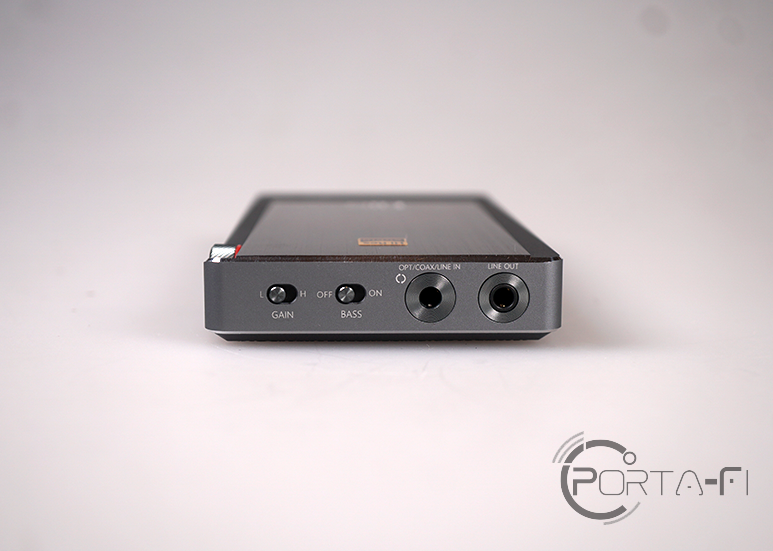 At the top of the Q5, one would find the gain switch, the bass switch, a 3.5mm coaxial/optical/line-in combo jack and a line-out jack. The 3.5mm coaxial/optical/line-in combo jack allows one to connect the Q5 with any device that supports optical output without any need for drivers as well as allowing one to use the Q5 as a standalone headphone amplifier when line-in is used. Let’s now take a look at the internals of the Q5 to see how it complements the external components to achieve the objective of supporting multiple inputs which included coaxial, optical, line-in and Bluetooth. At the heart of the Q5 is the XMOS XUF208 microcontroller through which audio signals are directly passed to the device’s pair of AK4490EN DAC chips from AKM to achieve reduced total harmonic distortion and crosstalk effectively translating into a lower noise floor. The same is in place with respect to digital audio signals from the Bluetooth, USB-DAC, coaxial, and optical interfaces.

In the case of Bluetooth, the Q5 uses the Qualcomm CSR8670 purely for Bluetooth Transmission, bypassing the chip internal DAC and passes the digital Bluetooth audio signals via the XMOS chip to the AK4490EN DAC chip.

Further on the digital side of things, the team also implemented an MSP432 microcontroller to ensure that audio signals are precisely handled with lower power consumption for longer battery life while the device’s volume control is based on an ingenious ADC mechanism using NJR NJW1195 volume control chip, which is designed to eradicate problems such as volume imbalance between the left and right channels as well as extra noise while increasing overall adjustment accuracy. Compared to the Q1 Mark II, the Q5 has 256 more levels of adjustment to the volume.

It is important to also highlight that the team has also implemented seven low-dropout (LDO) regulators, one each for the DAC, line-out, volume control, low-pass filter, amplifier, XMOS, and Bluetooth sections. Each of these sections has its own power supply circuit for cleaner power with minimal interference.

On the certification front, the Q5 has achieved its objective of being MFi certified ensuring that it will flawlessly work with any of Apple’s devices, it is also “Hi-Res Audio” capable by the Japan Audio Society as well as support for Qualcomm’s aptX codec which is supported by CSR8670 Bluetooth chip implemented on the device. Further mobile device compatibility, Sony Walkman users can use the Q5 as a USB-DAC via the WM-Port interface with the FiiO L27 cable, which is an optional accessory.

Battery life of at least 8 hours is a benchmark at Porta-Fi to consider that a device is truly portable, particularly when it is a companion to a digital transport or source. The FiiO Q5 features at 3,800 mAh battery which during the review process registered an average battery life of 10 hours and 32 mins when using Bluetooth, USB DAC, coaxial, and optical interfaces. When used as a standalone headphone amplifier, the device registered an average of 26 hours and 11 mins.