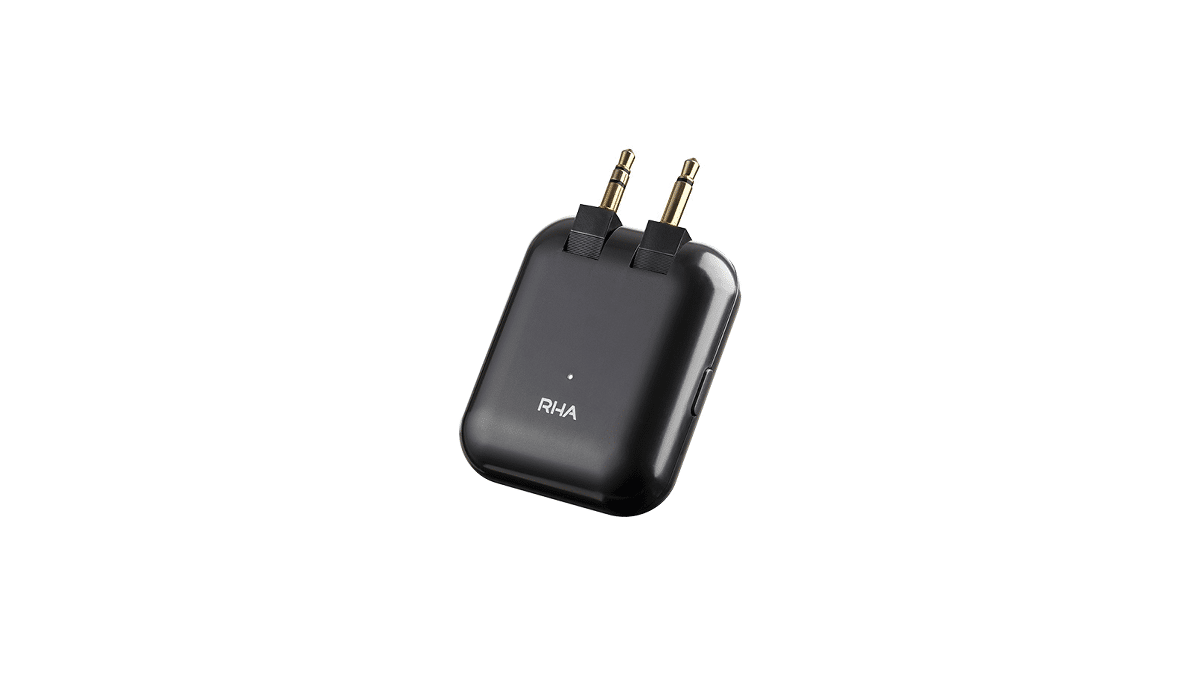 The RHA Wireless Flight Adapter, a nifty gadget by Scottish Audio Manufacturer based in Glasgow, UK is a device that filled a gap that previously didn’t exist. With the competition between kingpins of Noise-Cancelling headphones, namely Bose and Sony, coupled with Apple’s decision to go jack-less, wireless Noise-Cancelling Headphones are a common sight on flights.

On both my short-haul and long-haul flights, I have always listened to my music through my own devices via Bluetooth. Apart from wireless freedom, the need to remember to bring a 3.5 mm auxiliary male-to-male audio cable as well as a flight adapter, are the reasons why I often give the In-Flight Entertainment (IFE) systems a miss.

Shaped like the charging case of Apple AirPods, the RHA Wireless Flight Adapter sports two 3.5 mm plugs in a twin socket design which includes a Tip Sleeve (TS) variant, denoted by a double-dot and a Tip Ring Sleeve (TRS) variant, denoted by a single-dot. This allows the device to be connected to IFE systems with the traditional two-pronged 3.5 mm mono jack interface or the single 3.5 mm stereo jack interface found on the newer IFE systems. One could also use the adapter on a Nintendo Switch or any devices with a 3.5 mm headphone jack.

Available in black, the RHA Wireless Flight Adapter weighs a mere 23.8 grams with a tiny LED indicator to provide power and connectivity status at the front, a USB-C charging port to the left, and a power button on the right of the device. The device also features a 300 mAh lithium-ion battery, which lasts 16 hours on a single charge, coupled with an Over Voltage Protector that protects the device from an input surge of up to 5.7 volts.

Inside the box, together with the RHA Wireless Flight Adapter is a USB-A to USB-C charging cable.