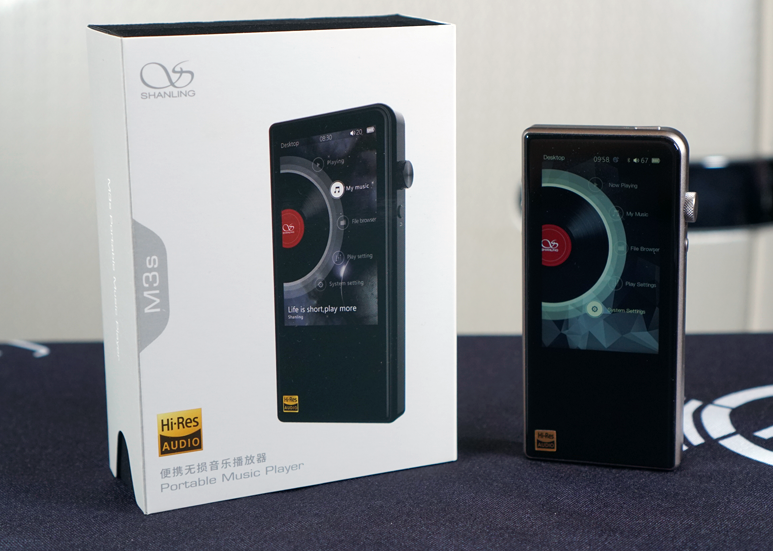 Based in Shenzhen, China. Chinese manufacturer Shanling is hardly a new player in the Portable Fidelity (Porta-Fi) market, in fact, 2018 marks the company’s 30th anniversary of establishment. 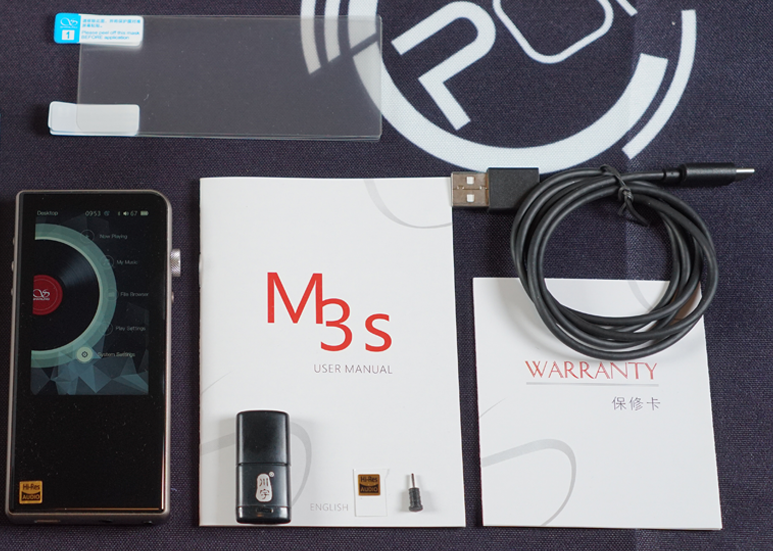 Shanling has come a long way since the development of its first Hi-Fi stereo power amplifier in 1988. The company’s foray into the portable digital audio player (DAP) started about 3 years back with the original M3. The M3s which was released months after the M2s is an attempt by the company to bring its offering to greater heights featuring a 2.5mm balanced output configured with a circuit configuration which include two AK4490 DAC chip, two MUSE8920 LPF chips and two AD 8397 op-amp chips as well as two crystal oscillators, a separate oscillator for each base frequency: 44.1 kHz and 48 kHz.

The balanced output configuration coupled with a larger 2600mAH battery which is 800mAH bigger than that of the M2s ensured that while the M3s maintain the same 3-inch retina display as well as the same width and thickness as the M2s, it is 27.4mm longer in length.

Since the Shanling M1, the company has implemented the 2.5D curved glass more commonly found on mobile phones on both the front and back of the device with an oleophobic coating which is fingerprint resistant. The M2s and M3s also maintained the one-sided rounded edge styling which first appeared on the M1. This coherence in styling is something one would appreciate and contributes towards brand coherence. 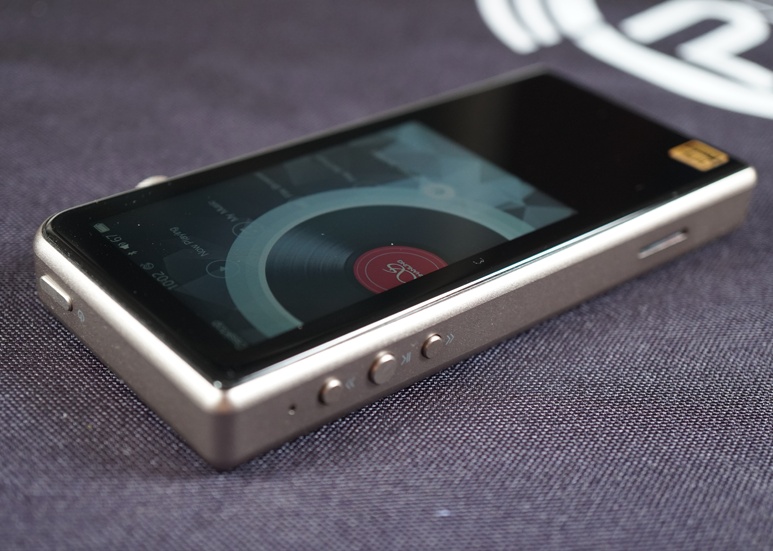 Similar to the M2s, the frame of the M3s is precise CNC machined from a single block of aluminium, with the surface finished using a sandblasting process, allows users to have a better grip of the device. Despite being longer in length than the M2s, the M3s does not feel oversized in the hand. In fact, the size feels just nice ergonomically, providing a nice hands-on experience even in single-hand operation.

Shanling’s DAPs have always featured a scroll wheel of sorts, the M3s is no exception with the implementation of rotary switch components from Alps Electric, Japan for usage longevity which is said to be tested through 100,000 turns and half a million presses. The multi-functional wheel allows for volume control as well as interface navigation, particularly useful as the M3s is not a touchscreen device. The wheel also features a diamond surface pattern for enhanced usability.

The use of aluminium and glass made the M3s look good and the overall device feels premium in hand. 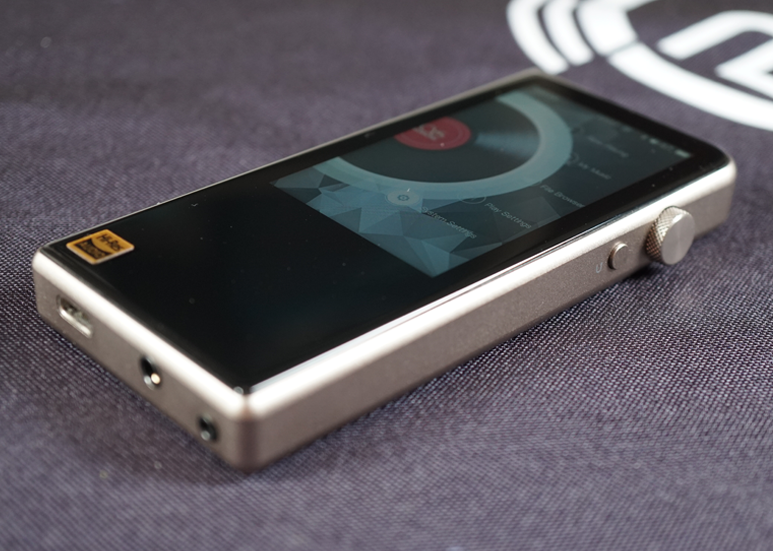 During the period of the review, it became clear the advantage of a multi-functional wheel implementation versus that of a touchscreen, particularly on a device with a display as small as the M3s. Landing on the Desktop screen, the UI is simplistic and intuitive. The use of a multi-functional wheel allowed the functions to be laid out on a single screen without clutter, allowing one to scroll through the key functions and their respective screens with ease. I, however, do wish that one could exit the deep sleep mode and switch the screen back on by pressing the wheel instead of having to press the power button.

The deep sleep mode which enables “0-sec boot up” provides an impressive 20-day standby without switching off the device is one of the features that left me particularly impressed with the M3s.

The M3s does not feature any internal storage, the only storage mediums available for the device are the microSD card which can be slotted into microSD card slot located the lower left of the device as well as any USB storage device that can be connected via OTG through the USB Type-C port located at the bottom of the device. One can choose to browse the content via “My Music” based on album, artist and genre by setting the device to “Update My Music Automatically” upon the insertion of the storage media or to “Update My Music Immediately” on a manual basis. Alternatively, one can also opt to browse the content of storage media via “File Browser”.

The DAP supports audio playback of up to 384 kHz/32 bit as well as DSD up to DSD256, formats supported include MP3, WAV, WMA, FLAC, AAC, ALAC, APE, ISO, DSF, DFF and most recently OPUS since firmware 1.3.

The M3s also features a bi-directional USB Type-C port that can be used to charge and transmit data. Apart from providing OTG connectivity as mentioned earlier, the port allows the device to either act as a standalone DAC integrated amplifier for PC or purely as a digital transport, supporting DSD output in Native, DoP or D2P mode.

Based on the Bluetooth 4.1 specification, Shanling’s implementation of Bluetooth on the M3s caters for two-way transmission and support for aptX. Shanling being a cooperative partner of HiBy, based their firmware for the M3s on HiBy’s custom adaptation of Android and have since firmware 1.2 added support for HiBy Link via Bluetooth which means one could download the HiByMusic App and remotely control your M3s via your smartphone.

The M3s has a signal-to-noise ratio of 115dB with an output power of 130mW (32Ω) for the 3.5mm single-end output, and 230mW (32Ω) for the 2.5mm balanced output which is adequate to power most earphones with the exception of those with high impedance. For the purpose of this review, I have been using Dream (16Ω) from Dita which allows me to switch between the 3.5mm singled-ended output and the 2.5mm balanced output through the change of the awesome plug while keeping everything else constant. 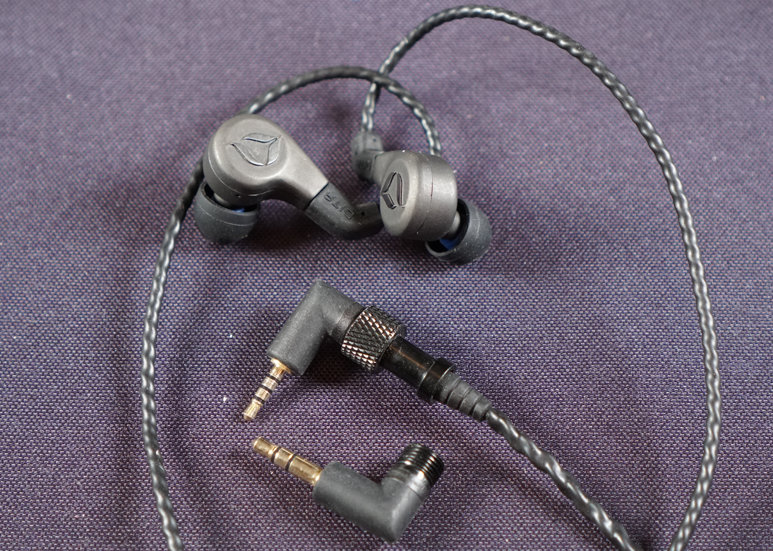 During the review process, it is observed that there are significant differences in sound quality between the single-ended and balanced connection, with the latter being the superior of the two. This can be attributed to the balanced configuration implemented by Shanling which was discussed at the earlier in the review.

In general, the M3s has a neutral sounding signature with a minor but noticeable prominence of brightness which makes pairing the DAP with treble focused headphones and in-ear monitors a bit challenging especially for those with sensitive ears.

The low-end on the M3s are very resolving and not muddy, translating into tight reproductions with defined layering, exhibiting a higher resolution of playback that is balanced on both decay and recovery. The quality of the bass allowed the mid-bass to shine with great separation and cleanliness providing coherence between the low and the mid, this certainly is not a bass-quantitative DAP but one that is qualitative which ensures pleasure listening across genres sans for those in the direction of trance and techno.

Articulation with the low has allowed the great tonality character of the mid to come through while maintaining the resolving trait found in the lows. Tonal accuracy with decent vocal and instrumental resolution proves for a neutral yet incredibly balanced mid, so much that it sounds controlling.

The high on the M3s are delicate and soft, extending from an upper-mid that is detailed and clear with extensions that offers a bit of sparkle on the high end, especially if listening through the 2.5mm balanced output.

The M3s offers a sound stage that exhibits a very wide stage which offers a great balance of imaging on both left and right in both mono as well as stereo. The depth and height rendering, however, is average at best, adequately providing for imaging placement but nothing exceptional or extraordinary. 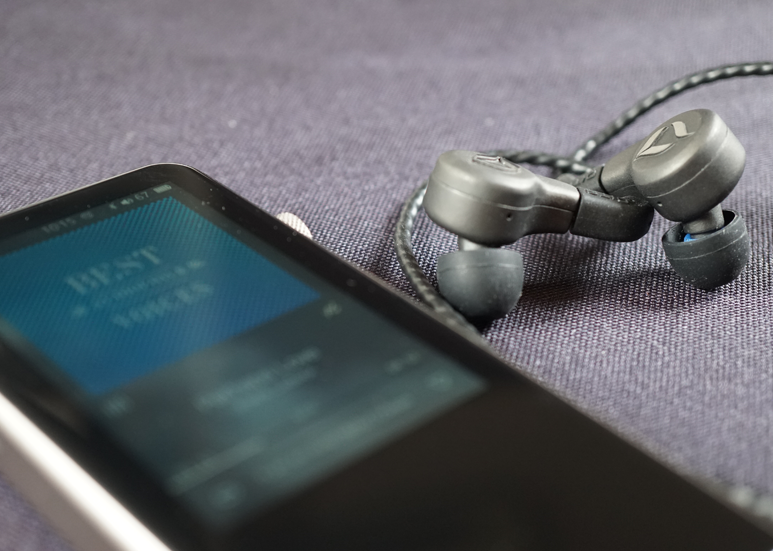 Summing things up, the M3s is neutral sounding with great transparency and a decent resolution, it is lacking in dynamism while there are times during the review process where I wish for a more bass-quantitative low as well as more energy in the mid and high.