Sony’s introduction of the MDR-1000X in 2016 was a game-changer, it had successfully disrupted the reign of the incumbent Bose QuietComfort. In fact, it was such a great success that when the company released the successor of the MDR-1000X in 2017, it updated its naming convention which allowed the expansion of 1000X flagship line of noise-cancelling headphones to include In-Ear variant WI-1000X and Truly Wireless variant WF-1000X with the WH-1000XM2.

While the WH-1000XM2 continued the success of its predecessor and is currently in its 3rd generation with the introduction of the WH-1000XM3 at the end of August 2018 ensuring an annual refresh since its introduction in 2016, there was no refresh for the WI-1000X and the WF-1000X. In July this year, amidst rumours of a new walkman commemorating the WALKMAN® 40th Anniversary, the company announced the WF-1000XM3. 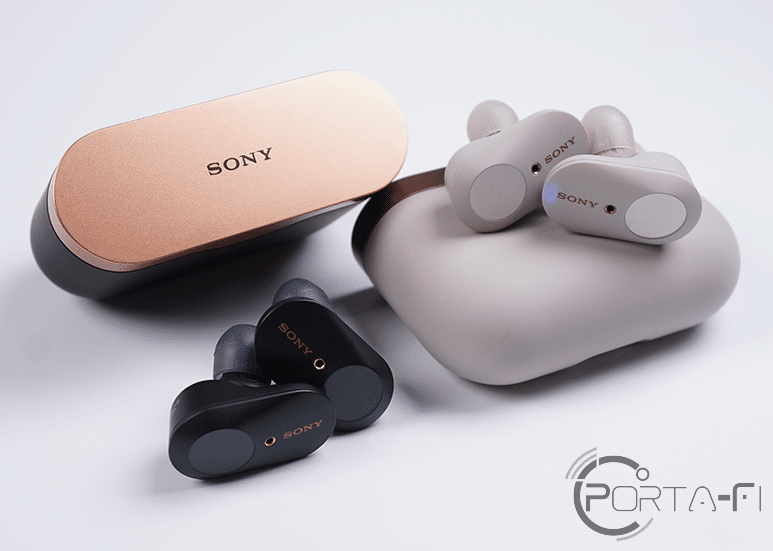 When Sony introduced the WF-1000X in 2017, the earbuds were a superior-sounding option to Apple’s first-generation AirPods. However, its connectivity, battery-life and noise-cancelling capabilities fell short of expectations. Since then, True Wireless technologies have advanced significantly, much due to consumer demands attributable to the disappearing 3.5mm headphone jack from the new smartphones. With Apple updating its AirPods in March this year as well as every manufacturer wanting a slice of the market share in the trending segment of portable audio. Did Sony do enough with the WF-1000XM3 to stand out from the crowd? Let’s find out!

The Sony WF-1000XM3 sports a minimalist and sleek design, a high-end premium look and feel fitting of the brand’s flagship line of noise-cancelling headphones. In what seems to be a deliberate alignment with the WH-1000XM3, the WF-1000XM3 is available in black and silver with the Sony logos and microphone inlets decorated in copper and gold accents respectively. 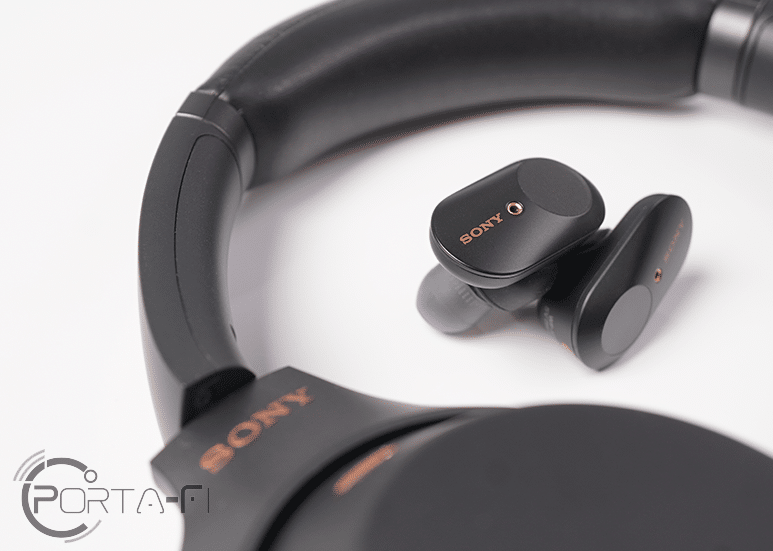 Similar to its predecessor, the WF-1000XM3 is supplied with 4 pairs of Long Hybrid silicone rubber ear tips (SS/S/M/L) as well as 3 pairs of Triple-comfort ear tips (S/M/L). Fitting supporters which were implemented on the WF-1000X did not make its appearance this time. In its place, an ‘ergonomic tri-hold’ structure which holds the earbuds firmly in place via three different points on your ear coupled with a high-friction rubber surface is implemented to keep the noise-cancelling earbuds snug and secure while providing a comfortable fit. 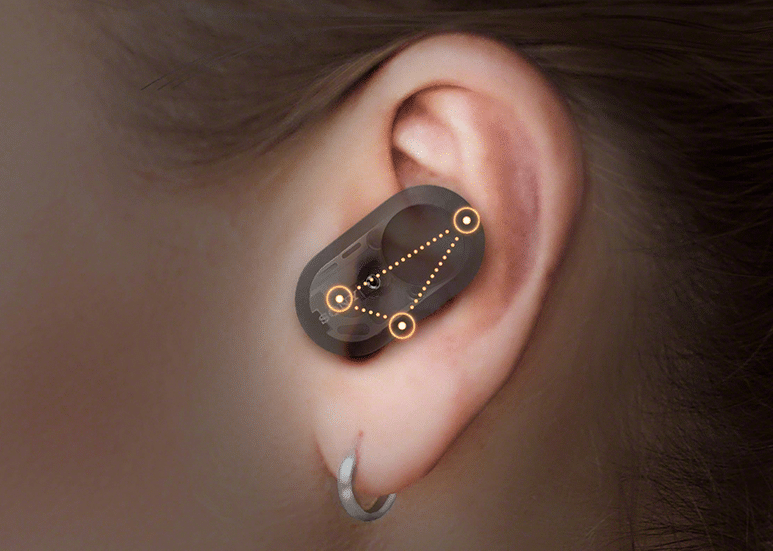 Weighing in at 8.5g each, the WF-1000XM3 earbud is 1.7g heavier than its predecessor which is quite an achievement if you take into account the implementation of an additional microphone, a new Bluetooth chip as well as the inclusion of the company’s latest HD Noise Cancelling Processor QN1e in each earbud. Also embedded in the earbud is an LED at the end where the Sony logo is located. When paired and in use, the LED will blink blue, subtle and not something one would notice when wearing the earbuds. 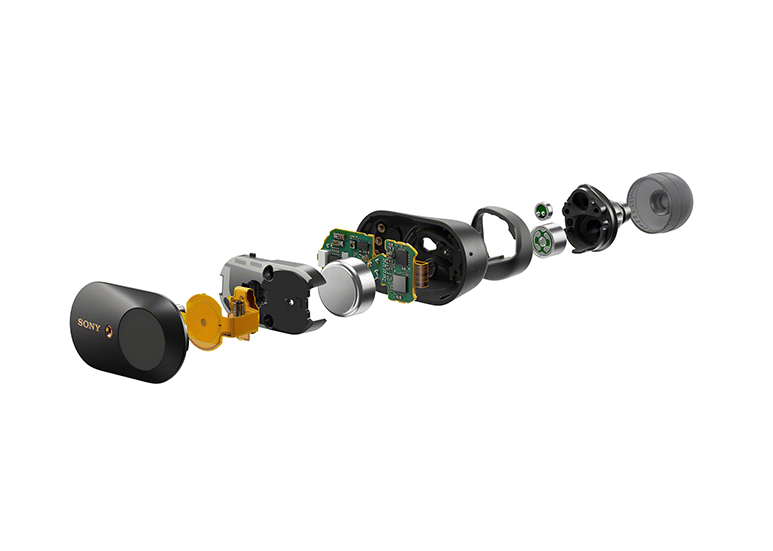 Completing the WF-1000XM3 is the charging case, measuring at about 52mm (L) x 79mm (W) x 28mm (D), the case is matte-finished in the same colour as the earbuds with the hinged cover finished in the respective accent. The case supports NFC, allowing for one-touch pairing with NFC enabled Android smartphones. Located in the middle, at the back of the case’s rounded bottom is a USB Type-C port for charging. 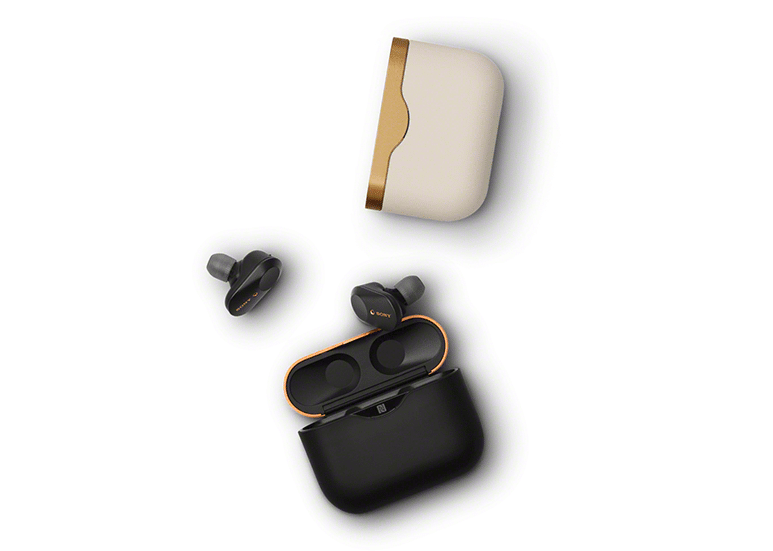 Throughout the review process, the earbuds feel snug and most importantly, they didn’t feel like they are going to drop out as I wore them walking down the streets of Chichibu, Japan and Wanchai, Hong Kong. Without fitting supporters, this inspires confidence in Sony’s implementation of the ‘ergonomic tri-hold’ structure. Finding the ear-tip that offers the best fit with comfort can further enhance the wearing experience of the WF-1000XM3.